Asetek is a global company that was founded and established in Aalborg in northern Jutland. Now The company has initiated the construction of their new headquarters, which will be located in the southern Svenstrup close to Aalborg. The new domicile's location is favourable for employment for people from both Aalborg and Aarhus, since it is fairly close to both cities.

The new futuristic domicile will perform various functions, since many different departments will be incorporated into the construction of the building. The new headquarters will include the development department, the lab, administration and a part of Asetek's production. Since, the domicile will be performing a variety of functions, the building will make room for plenty of employees too. All in all it is expected that the new domicile can hold approximately 220 employees. 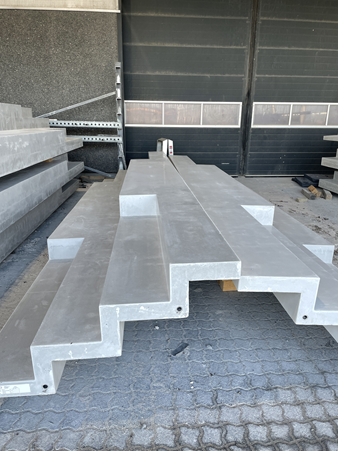 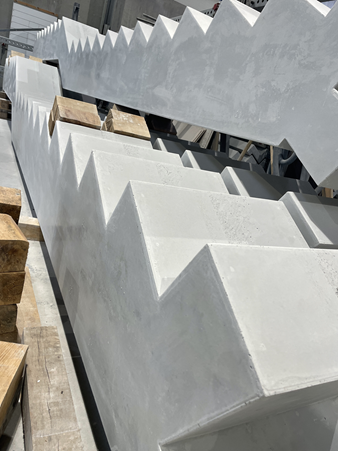 For this project Hi-Con will be delivering four UHPC CRCi2 staircases with whereas two of the staircases are with separate stringer.

First variant consists of 2 unit high-rise staircases with integrated plinths. The elements will be mounted on-top of 6 back pulled stringers.

The staircases have the dimensions:

The stringers will be approximately 400 x 500mm, and will be cast with a smooth surface and smooth finished undersides.

The other variant also consists of 2 high-rise staircases distributed on 4 elements including the landing.

The staircases will be cast in the dimensions: