The winners of the Concrete Awards (Betonprijs) 2021 have finally been announced, after half a year postponement due to corona. This happened during the Beton Event on Tuesday 14 June in the Van Nelle Factory in Rotterdam. Hi-Con Netherlands took the stage twice, both for Apartment Building The Line (Groundbreaking Building category) and for Concert Hall Amare (Non-Residential Building category). A double party! 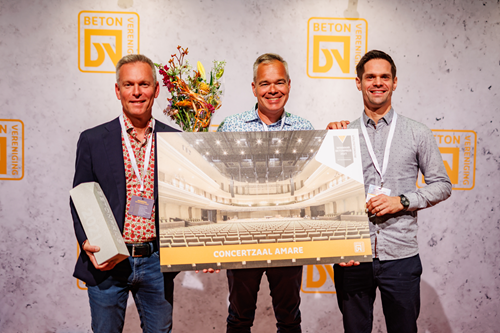 On behalf of the jury, Machteld Kors, Director Strategic Development at UNStudio, handed over the weighty (but not that slender for what we are used to) concrete trophies.

Not much later, Hi-Con was allowed to come forward one more time on behalf of the Concert Hall Amare team at the awarding of the Non-Residential Building category.

For Hi-Con it is great that both products (UHPC and GRC) have received a Concrete Award. We are proud that we play a valued and leading role in the concrete construction sector and thank our project partners with whom we have been able to realize these striking projects together!

The Line is a light-footed apartment building with a delicate facade grid. The extremely slender balconies and columns in the facade are made of UHPC (ultra high performance concrete). 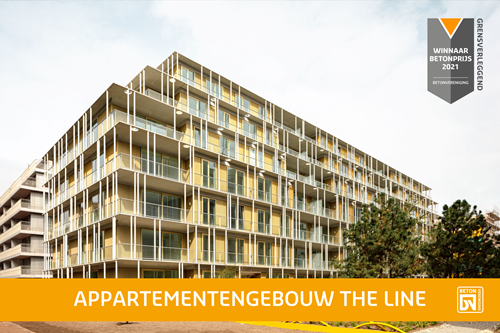 "This apartment building has many special features, of which the architectural application of the ultra high performance concrete in the ultra-thin balconies and columns is the most striking. This concrete application also saves CO2." 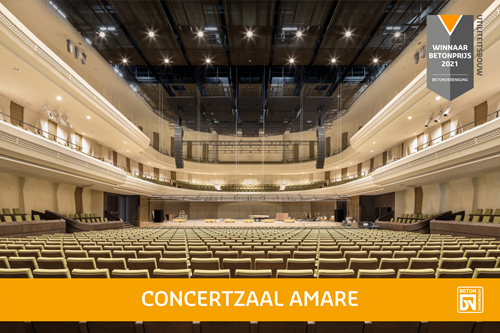 "The jury appreciates this application of [glassfibre reinforced] concrete, which makes optimal use of the freedom of shape in concrete, the high aesthetic quality, the low mass and the long lifespan. All this to achieve the most important in the design of a concert hall: good acoustics."

*) JCAU and NOAHH are jointly responsible for the overall design of Amare. JCAU designed the Concert Hall and aesthetically assessed and approved the GRC elements.

The prestigious Dutch Concrete Awards (Betonprijs) has been awarded every two years since 1979 to leading projects in the concrete construction sector to increase knowledge and expertise in the entire Dutch concrete sector. These projects are an example of intelligent, responsible, future-oriented, valuable and inspiring applications of the material concrete. 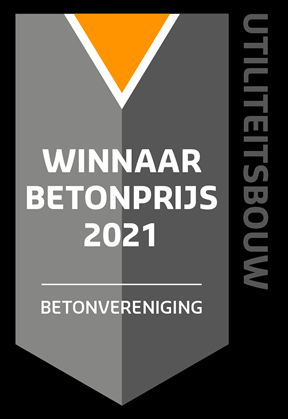 In total there are six winners in as many categories. The full results can be read on the website of the Concrete Association (Betonvereniging). Hi-Con congratulates all other winners with their great awards!