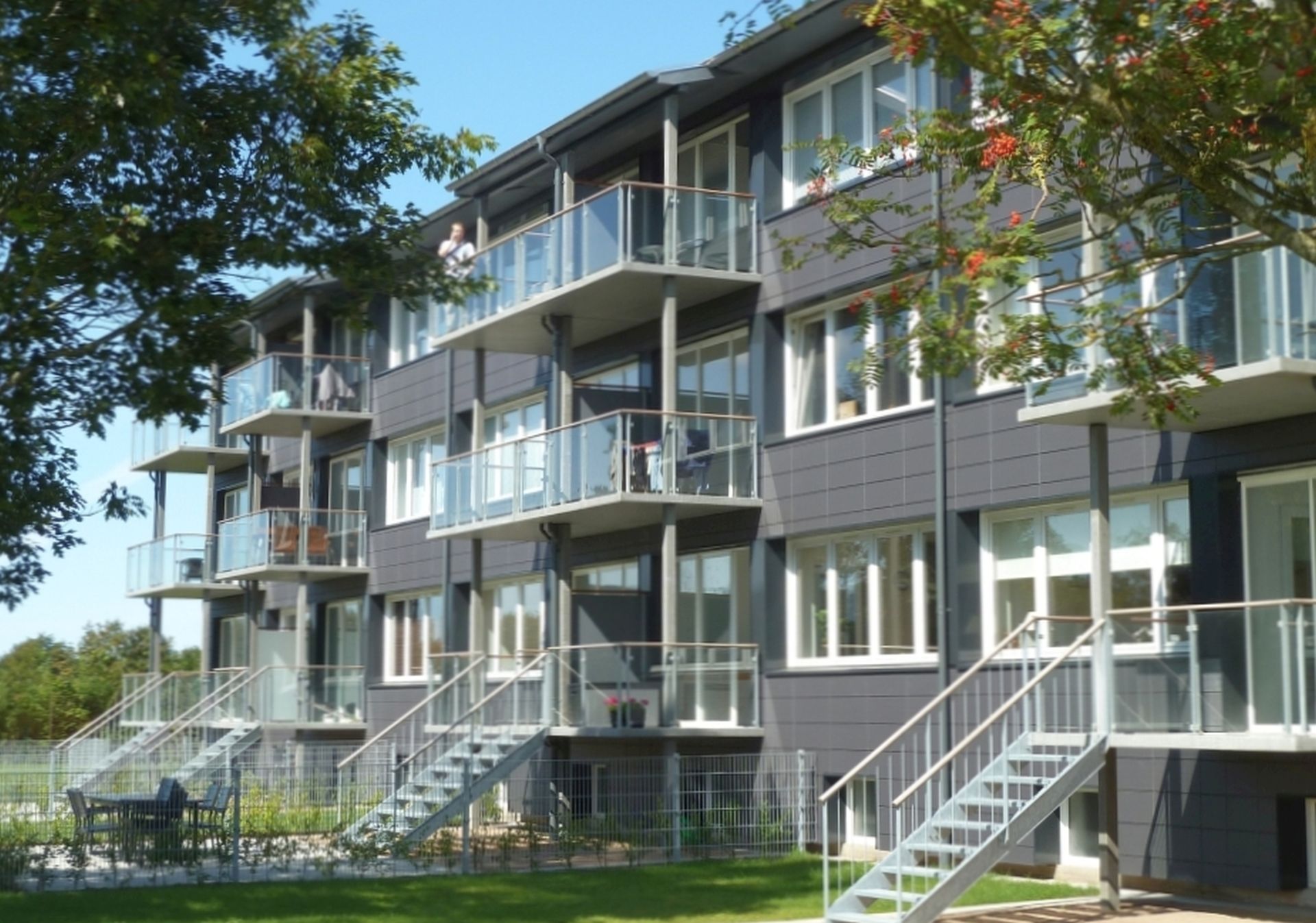 In my last post I started on a mini-series on renovating with UHPC. This is the second of the three posts and describes some of the issues related to adding balconies using plates and columns – both normal columns and L-columns.

In the last post I also gave a general introduction to renovating, so I will skip that this time and refer to the previous post, and so I’ll just dive straight into the topic of plates and columns.

The existing conditions varies from project to project: From the old building with limited load carrying capacity and a façade that the owner wants to preserve, to the newer building with large structural capacity requiring a complete aesthetic makeover.

Considering solutions with plates and columns, the options can be divided roughly into three categories:

Above considerations are general and works just as well for steel, regular concrete or wood. So, what does UHPC have to offer?

UHPC offers durability, fire resistance and aesthetic freedom to shape and design the expression of the balconies. But first and foremost, UHPC offers these attributes in combination with limited dimensions – and hence low loads.

Combining the reduced load with UHPC columns and L-columns, it is possible to keep the vertical loads from the balconies to the existing building to an absolute minimum - and keep horizontal loads to a level that can be handled.

The first principle, free-standing straight columns, allows for large exterior balconies to be added to a building without significant vertical loads to the existing structure – as the image at the top of this post from Brønderslev illustrates. Below images of the original building, with niche balconies that during the renovation were transformed into indoor space. New UHPC balconies were placed outside, and insulation and thin cladding panels added, to complete the aesthetic transformation. 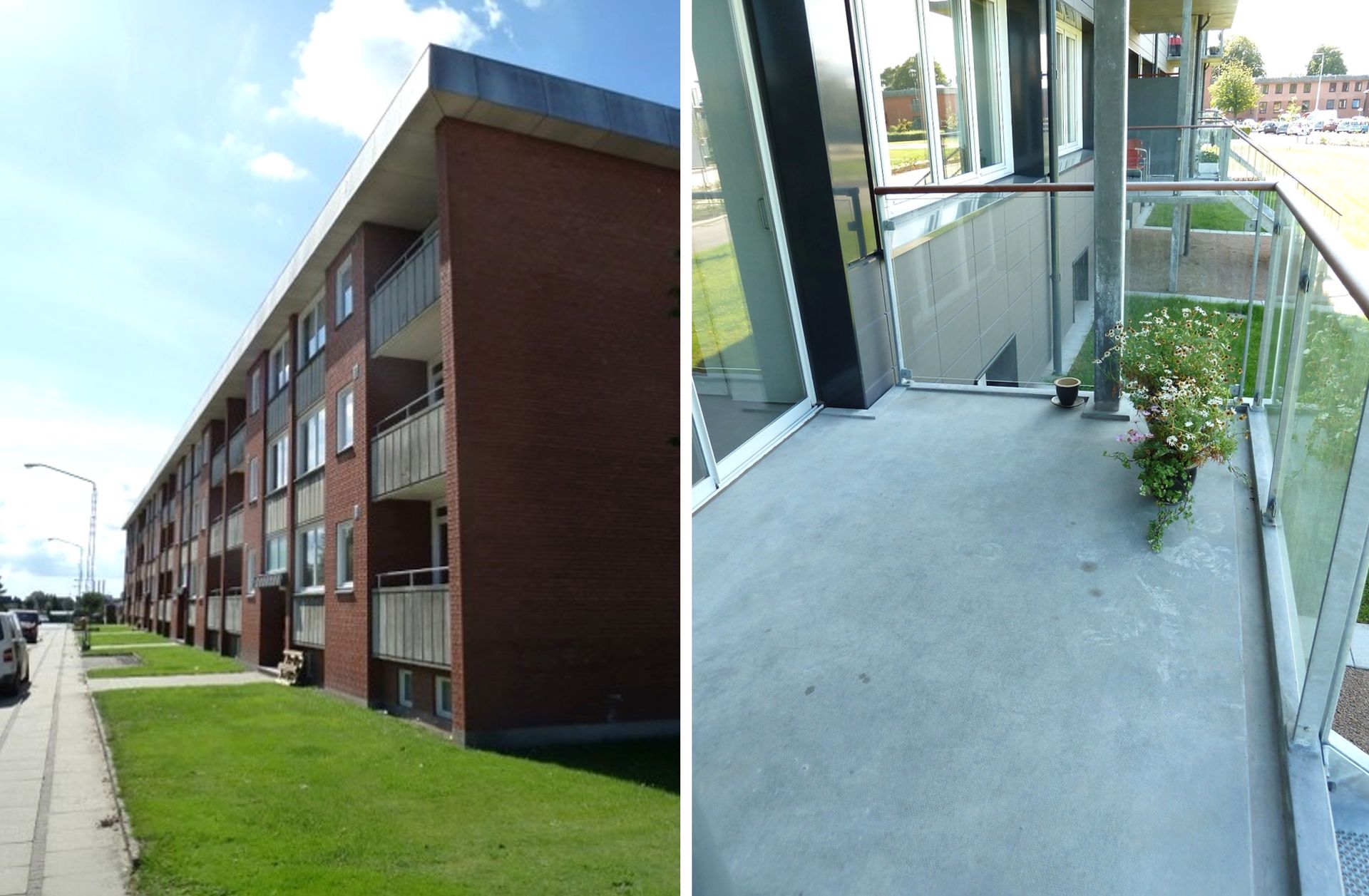 The housing association BM in Brønderslev – original building to the left, a view from the new CRC i2® balconies to the right. Notice that the columns are placed slightly outside the centreline of the balconies to ensure the connection to the old building is loaded as little as possible, but without risk of lifting forces on the connection.

The main advantage of UHPC in this case is the low weight and slender design (the plates are only 80 to 100mm with a 110 mm visible edge as a design feature), and the challenges few because tolerances could be handled in the connection inside the new façade. UHPC columns and plates can also be used together with brick facades as shown below. Because of the slim design (60 to 70 mm) just 2 layers of bricks removed locally is sufficient to accommodate consoles being cast in place to fix the balconies to the front brick wall. 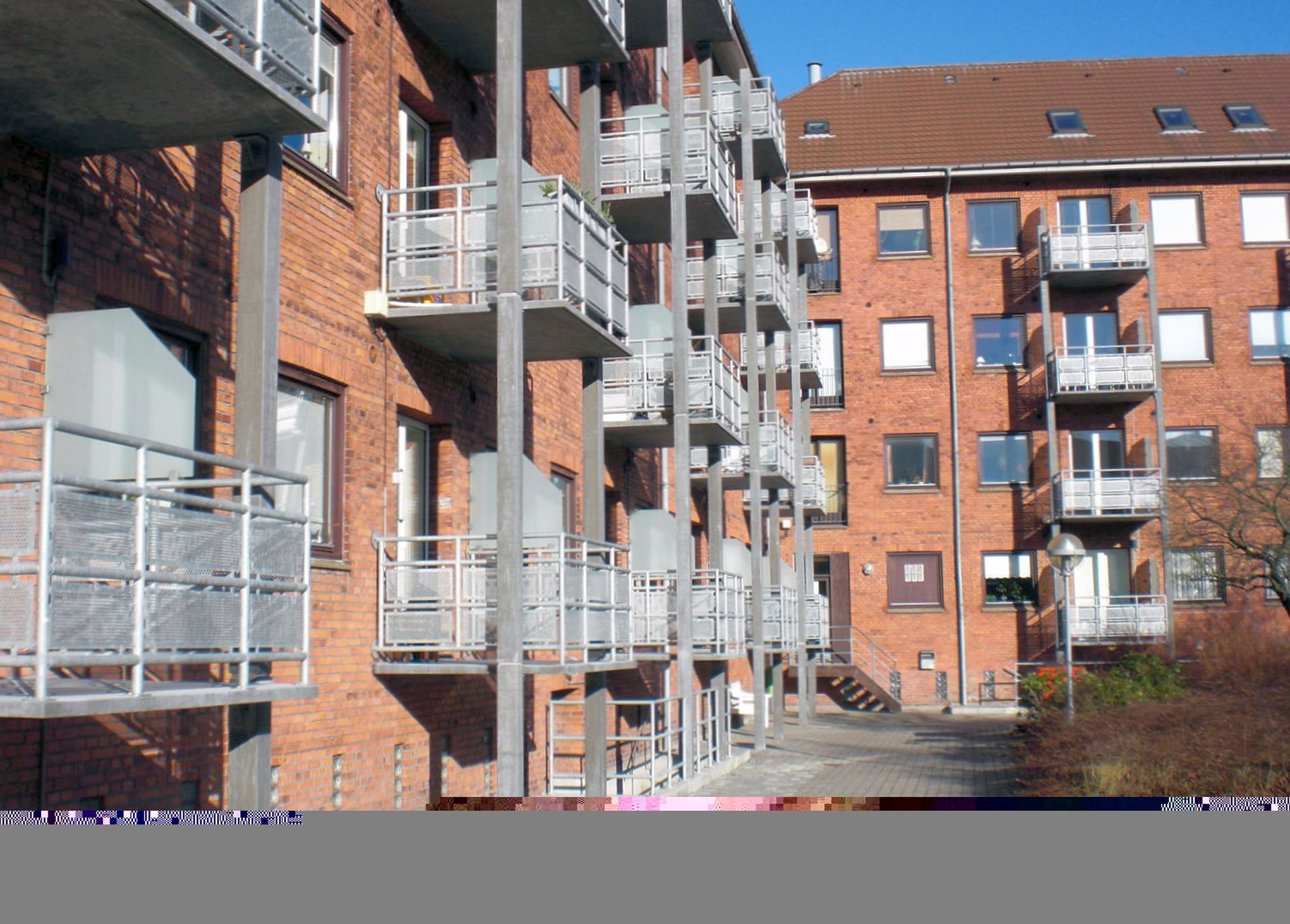 Another option is using UHPC balconies in combination with regular concrete columns. 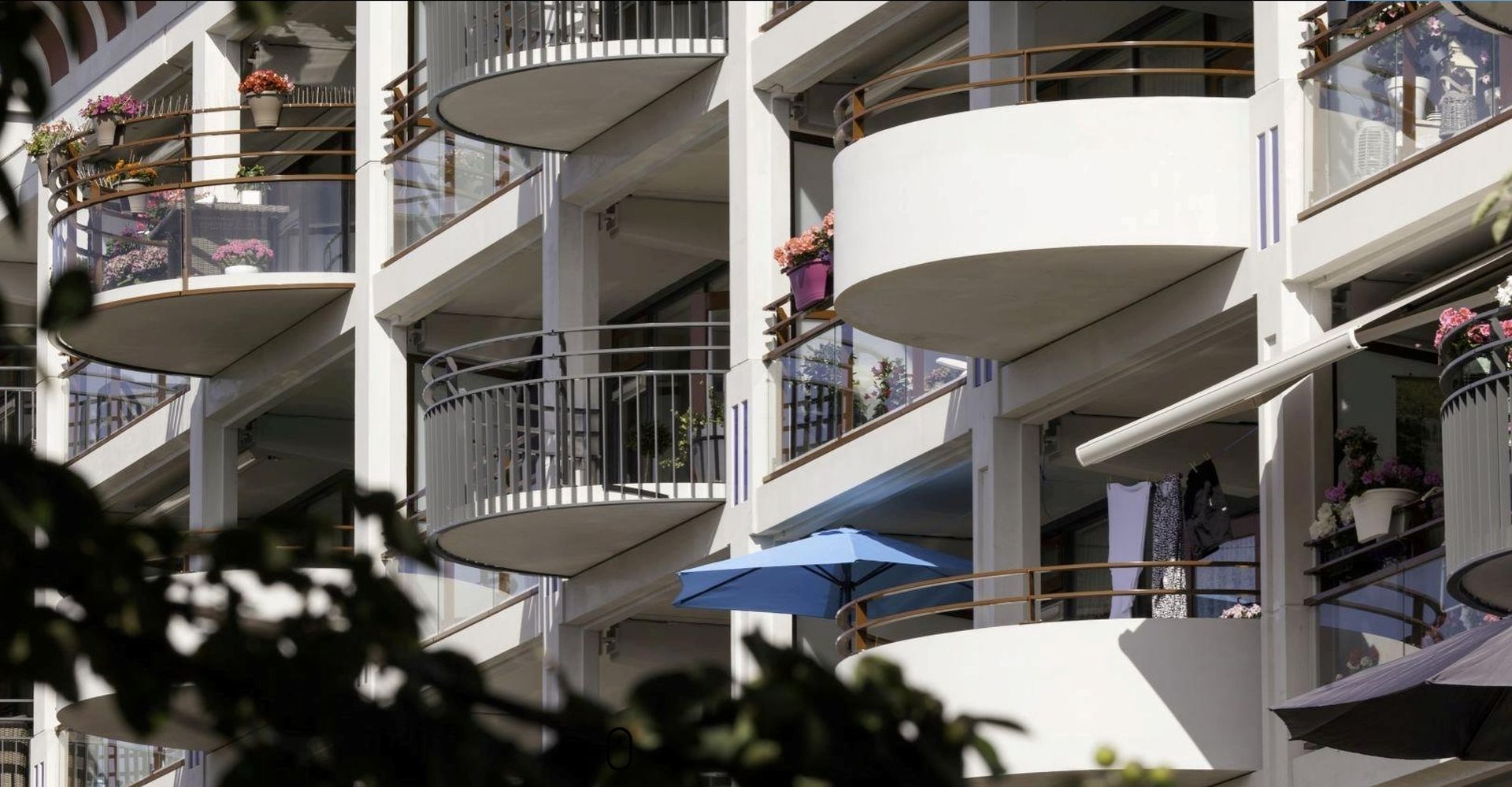 An alternative to straight columns are load carrying UHPC L-columns supporting the vertical load. Below an example from Lunden in Brøndby, where good horizontal anchorage was possible: 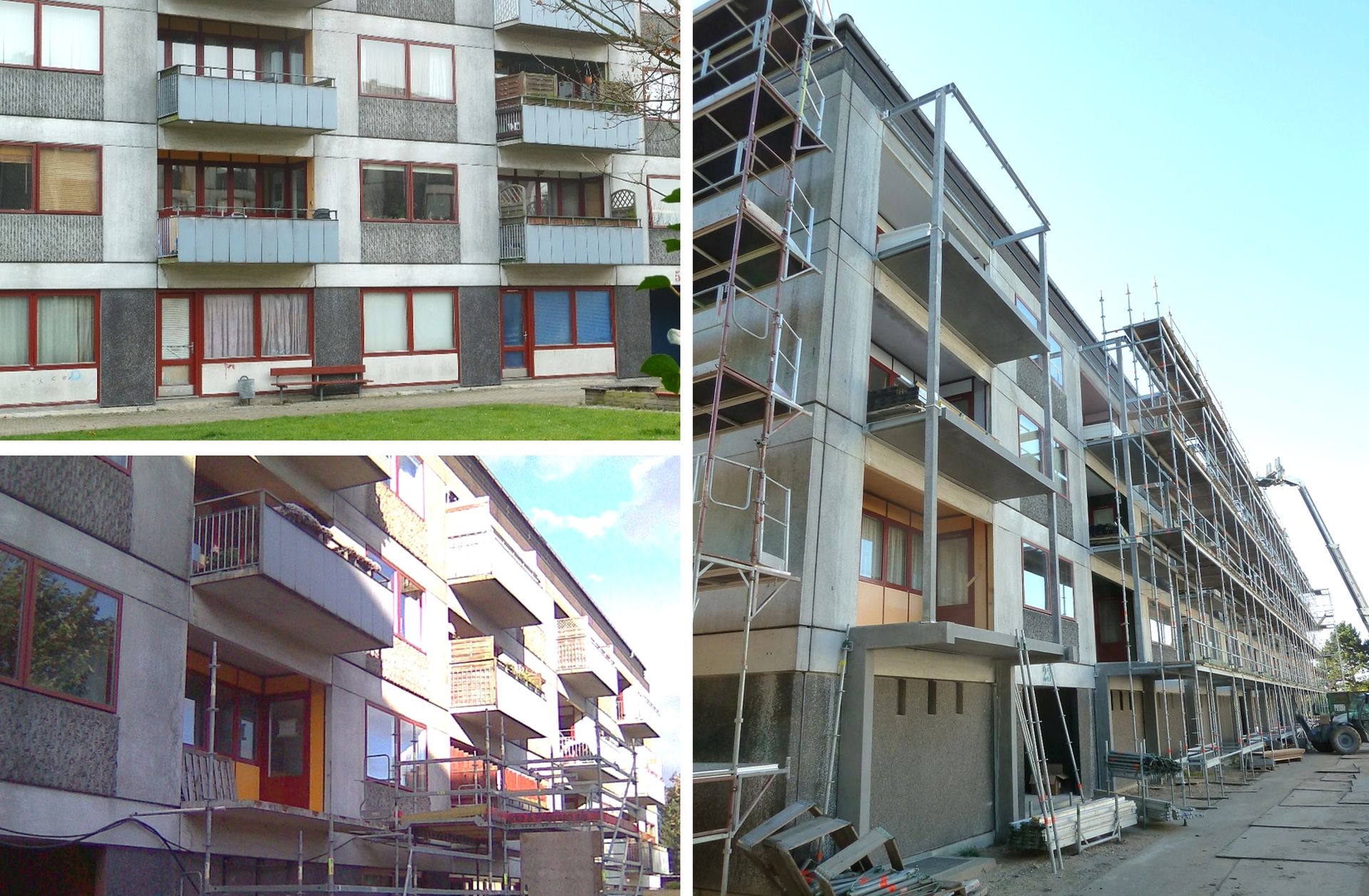 Lunden, Brøndby. Top left: The original niche balconies, lower left: Fence removed exposing the old balcony plate and the niche, right: New system erected with CRC i2® L-columns at the bottom and CRC columns and balcony plates stacked on top of them. The CRC i2® balcony plates are only 60 mm with a 160 mm integrated beam at the front keeping most of the load on the column system.

In this case, the use of UHPC solved the challenge of fire protection with the limited space available, and kept dimensions and hence loads, brackets etc. within reasonable limits.

The main challenges were tolerances combining the identical prefabricated elements for 305 balconies with the varying measures of the old buildings that should have been very similar, but in reality varied significantly. In this respect the narrow dimensions of UHPC elements were not a particular advantage … 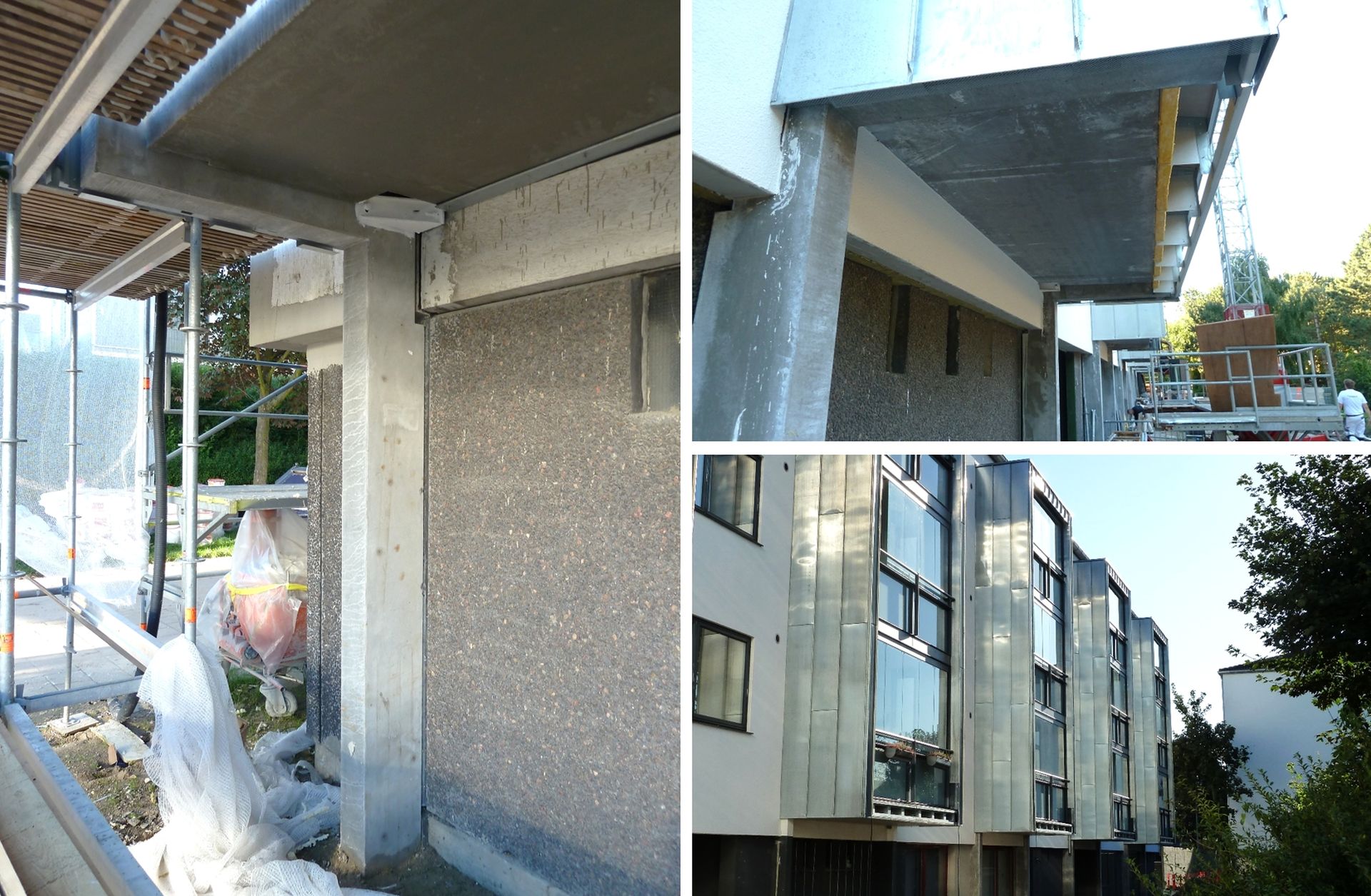 The third option is bolted-on columns on which the balconies are attached by brackets and struts. The columns – or vertical beams – are usually steel frames but can also be made in UHPC. They can be either hidden inside an added layer on the façade, or visible as the example from Oslo below with steel frames and CRC i2® balconies. Another example is the Catharina Bridge den Helder.

In this case the main challenge is of course fixing the vertical beam sections to the existing wall – once this is done the rest is fairly simple. Both handling tolerances and getting sufficient strength in the fixing is difficult, and UHPC in this case helps only to keep the loads to a minimum when a concrete plate is needed. 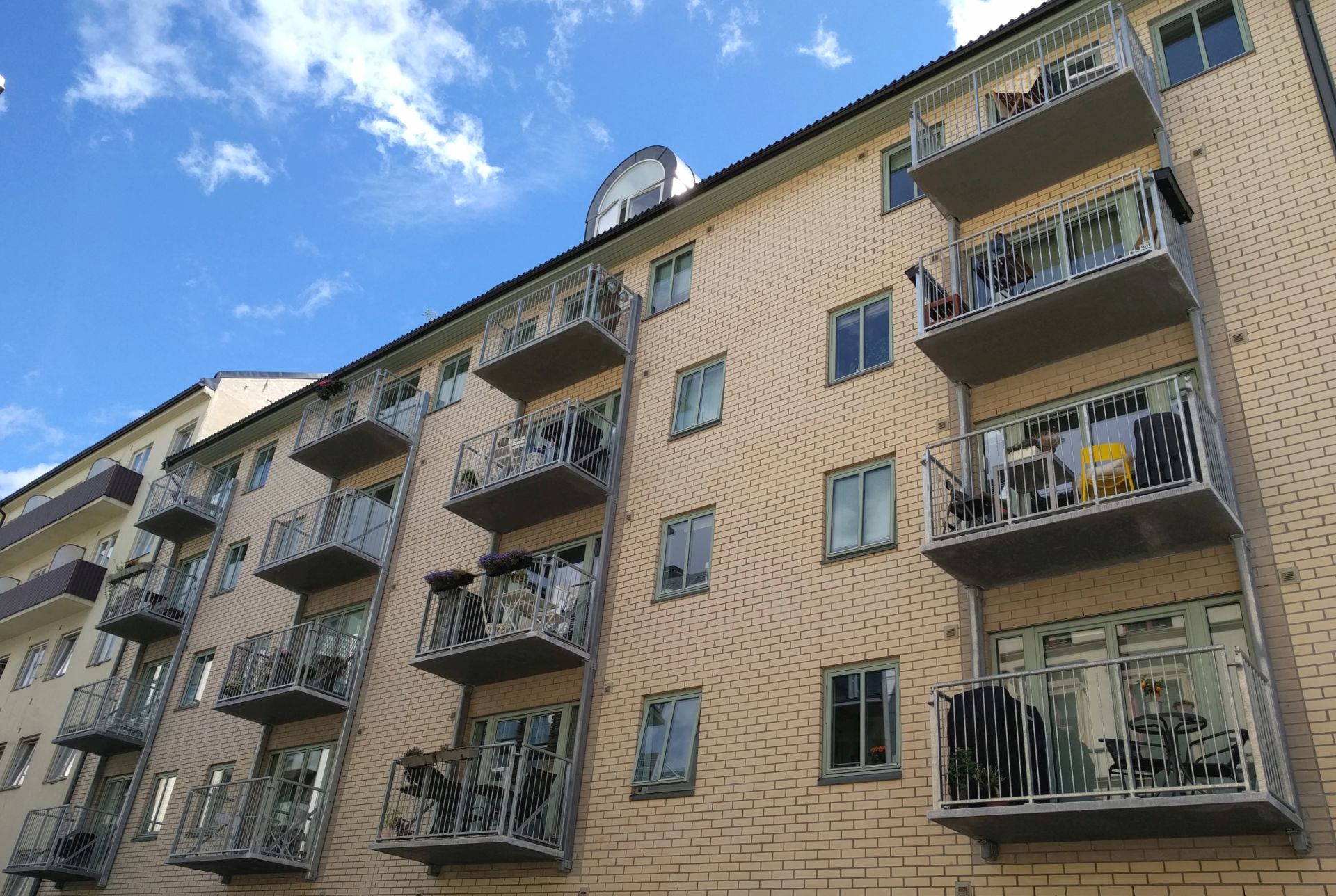 Oskar Braatens Gate, Oslo. Work in progress opening the façade and installing brackets (left), a close-up of brackets in place (upper right) and the completed façade with CRC i2® balconies (lower right). The brackets are in this case fixed to the existing concrete deck inside the wall.

Summarizing, UHPC plates and columns makes it possible to add balconies in varying sizes to older buildings in different ways, and mainly so because of the slim dimensions and low weight. However, the narrow dimensions are also the main challenge in handling tolerances on the buildings, so even with UHPC, renovating requires thorough planning, careful execution and close cooperation within the project team.