Kalvebod Brygge (also known as KB32) has won the AOK (alt om København/ everything about copenhagen) award for being the city's best architectural site 2022. The winner of this award is elected by the help of the readers of Berlingske (a danish newspaper), who nominates their favourites, and thereafter an elected jury will sort and select the nominees of the awards. The selected finalists are thereafter placed in the competition, in which both jury and readers can vote for their favourites among the chosen nominees.

To be considered as a nominee, and thereby a part of the competition, the competitors must have made or implemented a significant improvement or initiative towards the cultural life of Copenhagen.

And that is what KB32 has done

KB32 has undergone a complete and thorough transformation and as a result, the building has been nominated and won not just one award, but two. The office building has during the transformation received new facades, new interior, new staircases etc. all in all a thorough transformation that has increased the overall quality of the building. However, the Developer and architects has throughout the construction been mindful towards the original building and thereby based the transformation on the previous architect Ole Hagen's design. The design was based on and around Ole Hagen's tactile and unsentimental modernism, as the developer/ entrepreneur chose to maintain the earlier designs as a base tone for the project.

The faithfulness to the original design of the building, combined with VLA's changes, has culminated and transformed the previous 'ugly duckling' to a modern domicile, that lifts and emphasises the areas architectural and aesthetic look. 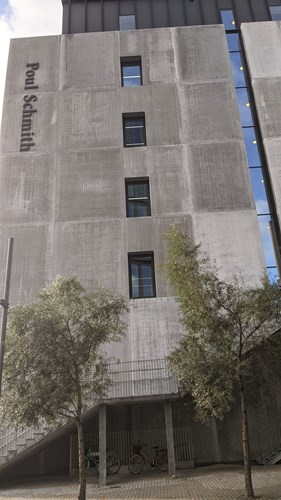 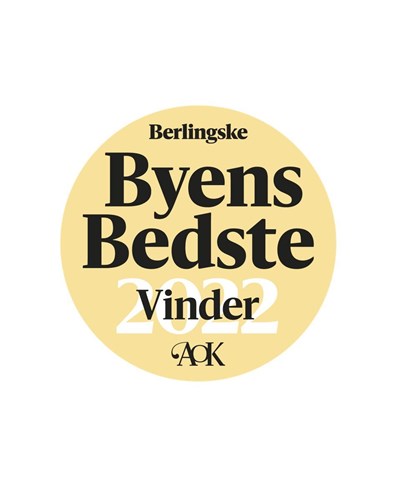 Did you know that KB32 won another award earlier this year?

KB32 has also won the award for "Årets kontorbyggeri 2022" (Officebuilding of the year 2022) - a prize that is awarded to the officebuilding that shows the direction for the future office environments.

The jury called the transformation of "Copenhagen's ugliest building" (directly translated from danish) that has turned into a minimalist, timeless office-building for nothing less than remarkable.

At Hi-Con we are proud to be a part of such a great project, and we congratulate all partners involved in the project.

For this project Hi-Con contributed with facade elements, staircases and pillars:

Hi-Con is set to deliver 70 UHPC facade-elements for the construction. Furthermore, Hi-Con will cast two end-walls consisting of 40 mm. front slabs with a wood-like structure and surface.

Additionally, the ridges on the facades surface is going to function as bearing and support of the staircases and balconies. The facade-elements are therefore, also manufactured with integrated inserts.

The staircases and the balconies will be mounted by simple steel angles.

Do you want to read more about the project? then click on the link below: 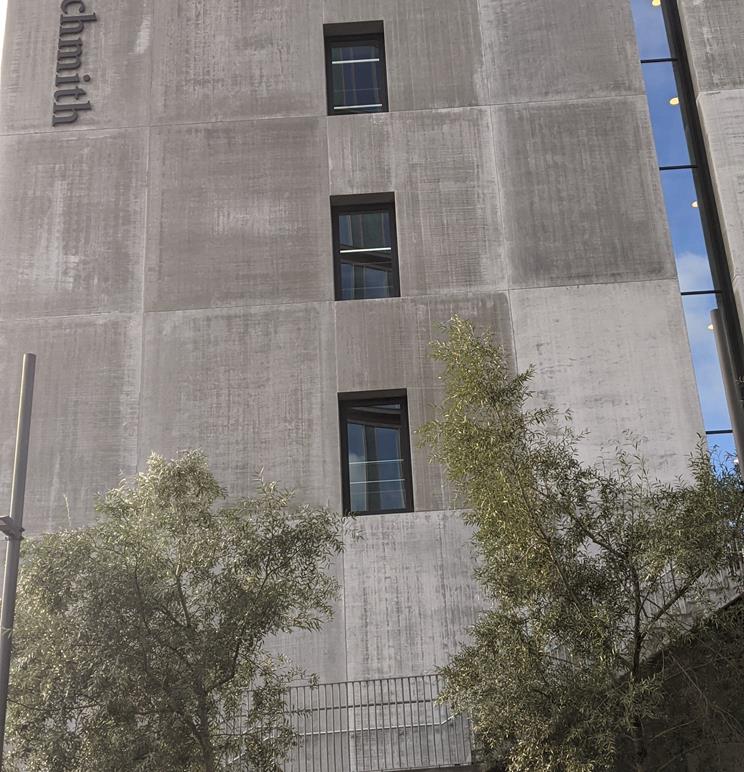 The staircase will additionally, be produced with a profiled surface as of Hi-Con standard and the undersurface is created with a smooth finish.

Do you want to know more about the project? Then click on the link below: 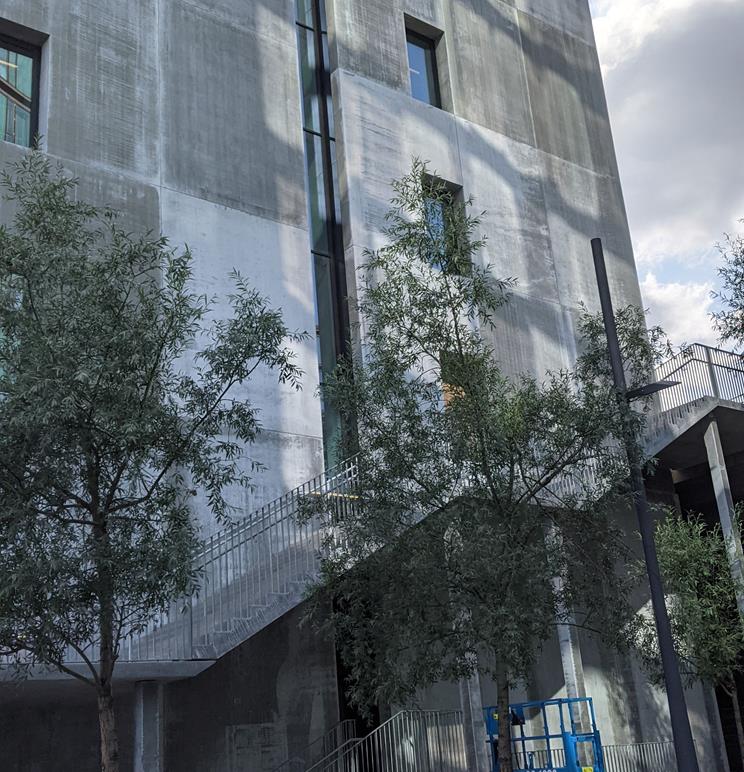